Is it time for a music festival? Or are these just too risky in a time of “super-spreader” events? (Read to the end…)

Live music has had a tough time during the pandemic. Even though livestreaming technology has come a long way, virtual concerts and hearing music in-person barely compare. Those of us who love music find it hard to stay away from live music.

Of course, we had to make wise choices during the pandemic. Masks, distancing, and vaccinations are among these. And even at a music festival I attended recently, all of these came into play.

Are music festivals ‘back’? #musicfestival

I’ve written previously about Grassroots. Those previous messages were all pre-pandemic. It was like another world. This time felt very different as people made their own choices about safety. A music festival like this one is almost entirely outdoors. Still, there can be many situations where there are crowds and lots of people nearby. Since most of us in the audience are dancing, we may be breathing heavily, too.

In spite of all of this, the crowds arrived at Grassroots and the music played on. It was so exciting to see the smiling faces of people of all sorts! Apparently, we love music and so we love festivals.

Grassroots is held at the Trumansburg Fairgrounds in the Finger Lakes region of New York state. There are 5 stages (venues) at this music festival: Grandstand, Infield, Dance Tent, and Community Stage. Until this year, I had rarely checked out acts at the Community Stage. This year, those were among my favorite acts. One standout, local musician is Alejandra Diemecke, performing as La Llorona and with the band Ilium Works. She used a live looper to create layers for her solo performance and she did so like a virtuoso.

There were many styles of music at Grassroots and a broad array of talent. One that I’ve already started following everywhere I can is Jeverson. His fabulous songwriting and performance were a highlight of this festival for me. Check his music wherever you listen. This video has a quick sampling of Jeverson performing.

In the case of Grassroots, there are a few consistently excellent performances. These range from Classical, to avante garde, to R&B. And I can name beautiful examples of each.

This year did not disappoint. Sunday we heard the GrassRoots Festival Orchestra (GRFO) with its 18-year history of performances.

After that, I heard festival stalwarts Hank Roberts (famous improv and avant garde cellist) and Root Shock (reggae and R&B originals). None of my recordings of Hank gave justice to the fabulous performance by his trio, but here’s a sampling of Root Shock.

Scenes from a Music Festival

No amount of photos could ever show you all that happens at Grassroots. Still, here are a few to give you the flavor of the fun… (If you hover over the first picture below, you’ll see the arrows to view more.) 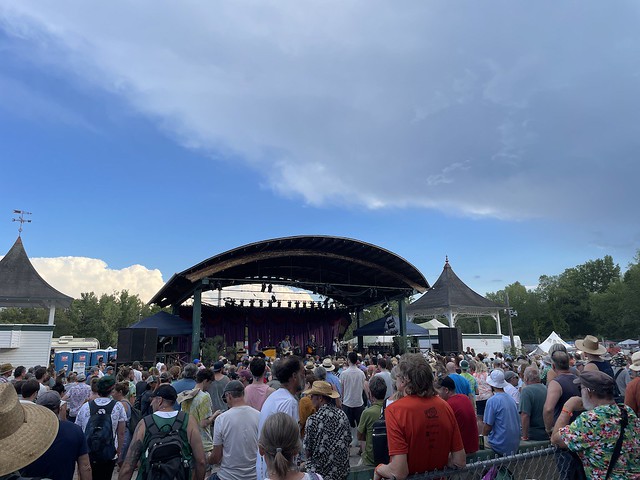 A few hours before the festival was supposed to end, the electrical power failed. The band we were listening to at the time kept playing to the end of their song. We applauded and then continued conversations for hours more.

The “power” of music does not fail. It inspires us; draws us into community if we let it; and keeps us going. Most of all, it keeps us coming to concerts and music festivals.

This site uses Akismet to reduce spam. Learn how your comment data is processed.