A wreck is a muse. This should rightly sound strange to some, most, or all of you: I just released an album of piano improvisations inspired by a deer smashing in the front of our car.

“Release” has a double meaning in this case: it’s both the release of an album and a stress/fear release for me to create these improvs. Resilience is a muse. 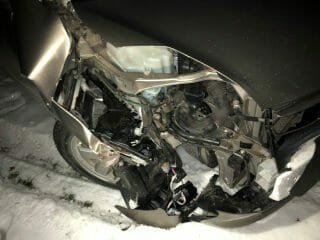 Since my wife and I came out physically unscathed, I was clear-headed enough to release an album within 12 hours of the accident. Though my car is a total wreck, we’ve been repeatedly reminding each other that we are more important than “things”.

Still, the upset of not having a car, the fear about how much this will cost to fix, and so on have led to stress. My insurance does not include a rental car, so I’ll be begging and borrowing until it can be repaired.

My wife and I were out for a fun night to hear some zydeco music. We got to enjoy chatting with many neighbors and bopping to the danceable rhythms.

What The Wreck? A piano improv album – playing with resilience. 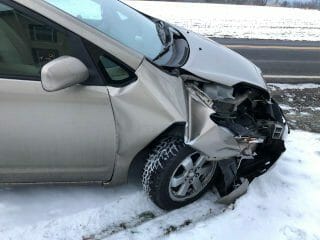 We were driving and chatting about the evening and the next day. Suddenly, there was a bang. The Prius handled well, so we quickly limped onto the shoulder of the highway.

It didn’t take us long to realize we’d been hit by a deer. We never saw the creature before, during, or after the wreck. We both happily noted that each of us were okay — as in, not injured. In this way, we moved towards resilience even in the middle of the wreck.

Truly, my wife means so much to me and I love her so dearly. I am so grateful that she was not hurt. The damage to the vehicle was all on the side where she was riding.

I’m also grateful that Jaydn often calls me to resilience. She was the first to speak about gratefulness that we were both all right after such a tragic wreck.

Because we were barely able to limp home, we realized that I’d need to find transportation until the insurance claim could be completed and the car repaired. I reached out to a number of friends and posted a message on social networks that I would need transportation.

The responses came in so quickly that I got a lump in my throat. My friends and neighbors were so kind in their responses. Many offered whatever they could in terms of helping me to get around while the auto gets fixed. Thank you to all of you who offered this help!

During all of my fear and worry about the wreck, a friend said, “Adrenaline takes six weeks to leave the body. Do whatever you do to release that adrenal output.” OK, that may sound a bit technical, but the point was a good one. We each find ways to cope with stress. One of mine is to play piano improvisations. So, here are the results of my stress and gratitude, fear and resilience.

Thanks for your support and friendship through this challenge. We are finding our way through it and are so grateful. I’ll keep playing with resilience.