“This is the short and the long of it…” ~ William Shakespeare

One thing that I’ve noticed about my own creative process is that the time to create something can vary widely. What I mean by that is simply that some processes take years (or even decades) and others can be quite brief. I’ve observed similar contrasts in the artistic work of many of my friends.

Many artists have a long creative process. 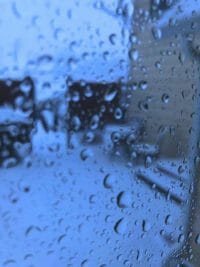 In improv circles, there is an approach to improvised theatre that’s usually called “longform”. It got this name from its comparative long process in contrast to the (almost always) comedic shortform. Typically, the characters in longform allow the improvisation to unfold using basic agreements (notably, “Yes and…“) and plot development. Thought it does not usually aim for getting the laugh, it does because it looks so much like life.

That’s the way creativity is: it’s like life. Some inspirations develop over a (relatively) long period of time.

There are many ways to create art. Some take time. 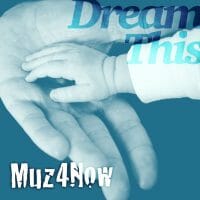 One example of this longer process in my creative work was the album “Dream This“. Not only did the album take me almost three years to arrange and record, it also contains songs from every decade of my life since high school.

Oddly, I had not released recordings of any of the eleven songs (12 tracks) until I was in the process of creating this album. Because I enjoy arranging songs, each of the tracks also had multiple recordings (with completely different arrangements). Typically, there was a studio version with many layers and stacks of vocal harmonies. The other version was usually a live version with more simple instrumentation and stripped down singing. As you can imagine, doing things this way meant that each song took a considerable amount of time and effort to record.

Everything In The Open 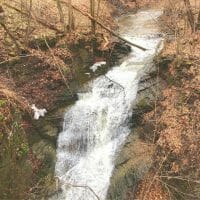 My release process during “Dream This” left nothing to the imagination of you: the listener. I shared the songs as I finished the recordings. Each one came with the story of how it was inspired and the backdrop of my life at the time it was written.

In addition to the story of each song,  I shared some of the pitfalls I encountered in the album creation and release process. Thinking back on all of this can be tricky since it’s an inside job. Obviously, there were lots of joys that were part of this long creative process as well. Every time a track came out just the way I imagined it or a vocal take was spot on, it was time for a celebration.

There’s really no need to go back over the details of that. Every one of those song blog posts (complete with song player so you can hear the versions) is on this site for you to read and hear. Please check them out if you haven’t already. The point is, this album is a clear example of a long creative process.

Writers like @layne_brenna often must pursue a long creative process.

Creative projects that take a long time are not for everyone. This makes me think of my many friends who are writers. Their art can take months or years or even decades to complete. It’s clear that this sort of effort is not for everyone.

Similarly, brief artistic creation is not for everyone either. In my next post, I’ll talk about “the short of it” in art projects.

2 thoughts on “Long Creative Process: The Long and the Short Of It”