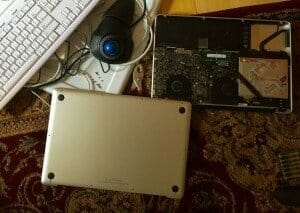 For over two weeks, I had no computer. My old MacBook Pro screen turned green. Then, rather than starting up, it would get to the (now green) Apple icon and then would start to boot again.

I had known for a while that my old laptop was potentially near the end of its life. The hardware was about six years old. For some reason, that seems to be the typical lifespan of computers that I use. The exceptions have been the two times I gave my less-than-six-year-old laptops away to family members. (Ironically, none of those family members consider me to be family any longer. Life changes.)

You see, having only a dead computer has given me time to focus on other things. I haven’t kept up with blog posts (the guest blog post that went up during that time took hours to convert/transfer the words and pictures without a full-blown computer); social media reading or posting; all of you: I just don’t find the tiny screen on my phone or even an iPad to be very easy places to read or compose most email messages. I’m also 2 weeks behind on some of my audio and video recording projects. Ouch!

Let the beauty you love be what you do. (Rumi) 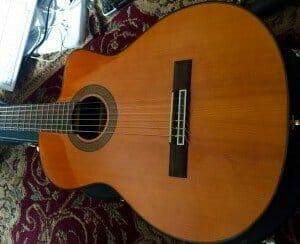 But the void left by the dead computer has opened a rich treasure chest of  reflection and noticings. Instead of jumping into email and tweets early every morning, I began to reflect quietly, read poetry, drink water, and play piano or guitar. My venturing out from my work-at-home jobs during the day to meet local friends has also increased during these weeks without a laptop. It’s no irony that before the computer died, I was often feeling lethargic and uninspired. Since starting these new practices, I consistently have more energy and a sense of enlivenment.

Today, like any other day, we wake up empty
and frightened. Don’t open the door to the study
and begin reading. Take down a musical instrument.

There’s nothing like a DEAD computer to clarify LIFE. 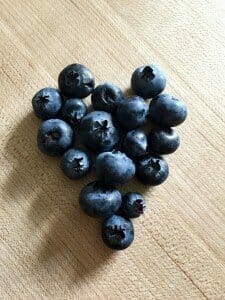 A new computer arrived yesterday. It’s a desktop this time. I’ve started to recover  (I will resist the temptation to start on that metaphor) the information from my dead computer onto the new one. My intention is to maintain these sense of opening into life — through self-care,  connecting with friends, music, and so on — long after the new computer is set up.

What practices help you keep inspiration and really living in your day-to-day?

What helps you keep inspiration and really living in your daily life?

7 thoughts on “Of Dead Computers and Really Living”