When there are rumblings — literal and metaphorical — around the world, it’s easy to be affected by them. That’s what happened to me. 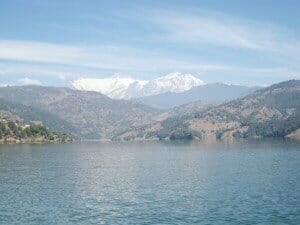 First, the earthquake in Nepal had been in the news for days. Friends have started to respond with music and other artforms. My friend, Cornflower, offers one beautiful example. I’m already aware of hundreds of responses like this and I’m sure there are thousands I’m not aware of. Many have also responded with donations and volunteering in spite of the dangers in the region.

My heart pours out to the people of Nepal: those who have died and especially to those who survive in the face of loss. Though I am willing to show my sadness, I found that feeling it seemed like it was not enough.

Then came the response in Baltimore after the funeral of Freddie Gray who died while in police custody. There are so many questions about all aspects of what has taken place there. It’s difficult to know if the truth will ever come out. I can say that it’s no surprise that pundits on both sides of the political fence are noting similarities and differences with Ferguson, Missouri.

Police moved off the corner, backed all the way down the street. pic.twitter.com/yEIpsBqUhb

All of this violence, loss, turmoil, and insecurity leaves me with a sense of emptiness. I cannot fill it, but I can give it a voice in music. This is my all-night meditation on Nepal, Baltimore, and all the people of the earth.

I cannot fill the emptiness, but I can give it a voice…