Well, the day has arrived. I’ve released the album “Dream This” into the wild. In the next few moments and days, I’ll be posting the album links on all the different streaming and download services. (You will be able to see and click all of those on the “Dream This” page.)

Whether you’ve been following along for the past two years or just found this for the first time today, it’s been a beautiful story. I hope you appreciate and enjoy the stories and the tracks.

#Listen to the album #DreamThis by Stan Stewart

About 2 years ago, I realized that I wanted people (you) to hear my songs. I had released many albums, but none of them were songs. You know: the kind with lyrics and singing.

As I began to review my songs, two things happened:

This led to the eleven-song album. And so, I began to record.

Encouraged by a variety of friends, fans, and advisors, I quickly discovered that I wanted to record both a studio and a live (either actually performed in a live setting or a mock-up of how I want the live versions to sound) version of each song. I practiced, took voice lessons, rehearsed, arranged, selected sounds for the tracks, practiced, and reworked many of the songs multiple times.

Though all musical performance carries a kind of vulnerability for me, I learned that singing is the rawest of all. This meant that in addition to the recording process, I was also processing the feelings that came up along the journey. I’m grateful to friend and coach, Kate Arms, who was so helpful around this.

Each song has its own story, of course. You can read those by clicking the links in this section of the album page.

As hate and unkindness rose in news stories, I realized that I wanted my music to be a force for good in every way possible. One aspect of this led me to choose a charity to benefit from the artist (me, in this case) proceeds. I chose ChildHelp. This was a natural choice given the themes of the song, “Snow Story”, which has two versions on the album. 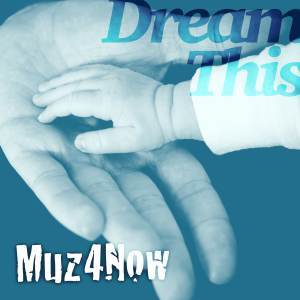 I really appreciate the cover art. It was designed by the incredible artist and designer, Keith Link. The underlying photo is by Liane Metzler.

The community around this album also includes a myriad of other people. Some have asked that they not be acknowledged publicly. Let me just say that the crowdsourced choirs and several instrumental tracks owe a huge debt to a certain Scottish banjo player.

Deep appreciation to @keithalink for the cover art for #DreamThis

There are dozens of other people who contributed on all levels to help create this album. My gratitude is overflowing for all of you. Thanks to everyone who supported this process in ways that are far beyond what one person can imagine or create.

And thanks to all of you who will help end child abuse by listening to and downloading this album.