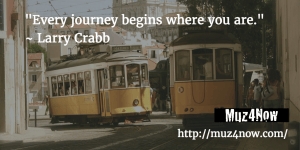 “Every journey begins where you are.” ~ Larry Crabb

This post is inspired and propelled by my on-line friend Snow Brooks. But I won’t be following the rules of the challenge (other than writing three posts based on quotes in close succession). If you want to know and see the rules played out well, check out her posts.

When I set out to record my singer-songwriter works, I never thought it would be a hugely creative, passionate, and vulnerable project. It is. 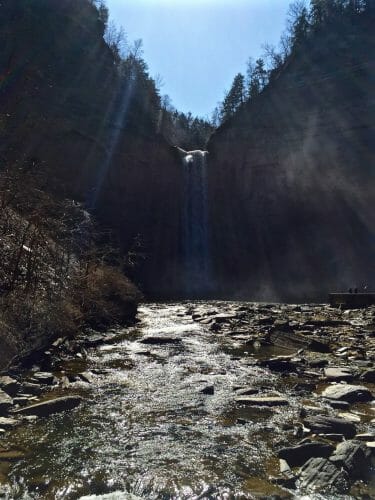 (My patrons got to hear this project first. You can become one of them for $3.00 (US) per month or more. Meaning, I would love it if you became a patron. It would allow you to know about my projects before anyone else, download/stream my music exclusively or before others, and support me in doing what I want to do for the rest of my life. OK. Enough of the self-promotion.)

It turns out that singing on my new recordings has been by far the hardest thing to do. The guitar, piano, drums, other instruments, arrangements, mixing, mastering, and so on have been fun. It’s only the singing sessions that have produced big bouts of procrastination. There may still be things outside of my awareness, but I can tell you about the parts of this vulnerability that are in my consciousness.

My singer-songwriter recordings are coming soon.

First, this sing-songwriter project is about my personal history. I have plenty I could be ashamed of in my past. The point is that I’ve experienced many things that I’m not proud of. Have I moved beyond them now? You bet. And they are still a part of my story.

Second, at one point, I wanted to publish my songs in chronological order. As I worked through them, it’s become clear that I need to publish them in a more random order and work through the angst and processing that needs to happen as I record my story in song.

Next, I find that it’s easy to see the challenges in this recording/publishing process. If I put something out in the world, people will see my truth in ways that have never been seen. So be it. It may continue to be a challenge. And it will be worth it.

I think you get the picture.

Thanks to @SnowBrooks_ for the creativity and quotes inspiration.