There is a new version of this song! I hope you’ll also give it a listen and read the rest of the story in this post: Quake – a song revisited.

I still remember the day vividly in my imagination. Only weeks prior to that day, I had moved into an apartment in Oakland, 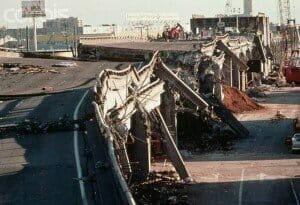 California after living with friends since arriving in the area a month before that. It was as if the Bay Area wanted to introduce itself to me in a dramatic way. The workday had just ended, so the roadways were full of commuters headed for home. Suddenly, there was a shaking like I had never felt. Actually it was something more like a wobble under my feet. Somehow I knew that it was an earthquake. And not a small one.

The news immediately made it clear that there were highways fallen and people killed or injured. The nearby Nimitz Freeway had collapsed. I went straight there by bicycle and asked a fireman if I could help. Before he could answer, someone shouted that they had found someone still breathing. We both ran and helped to pull her from the wreckage of the massive structure. I don’t know that woman’s name. She was rushed off in an ambulance. And then, she and the earthquake changed my life. 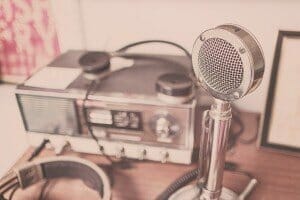 This quake was one of those moments in my experience that I can point to a shift in me. Though there have been other experiences that taught me a similar lesson, this was one of the more dramatic times when I discovered how important it is to live and appreciate what’s happening right now. Because in an instant, it can all be changed. (I’ve written about this many times on this blog.)

I wrote a song shortly after that day in October, 1989, and named it “Quake”. I thought it was a good enough song, but never recorded it… until recently. Last year, I did a quick recording of it to test out different DAW (digital recording) platforms. I chose to record this on in Bitwig and though it is a promising DAW, I was never really happy with it. More recently, Avid upgraded their ProTools system and I thought I’d give the recording another try. This time, I’m happy enough with it to share it with you.

Listen to this remix of my song QUAKE.

I hope that you appreciate this story and the song that goes with it. As always, I’m happy to read what you think in the comments!

2 thoughts on “Quake – a song of breaking and bringing together”