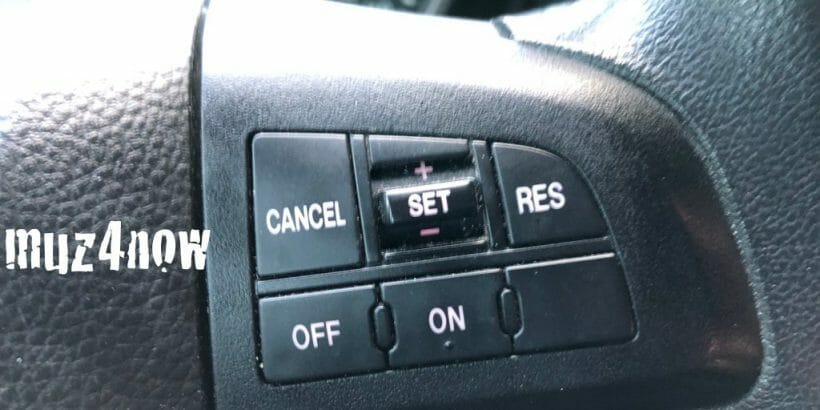 The cruise control in my automobile has these nifty little buttons that automatically adjust or maintain the speed of the car. A few days ago, I was waiting for a stoplight. I guess it had been a long day because I looked down at the controls on the steering wheel and thought, “Yeah, that would be nice to have a reset switch right now!”

Obviously, I had seen what I wanted to see. When I got home, I took a photo of the controls to remind me of that moment. It’s then that I discovered none of the buttons or switches says “Reset”. There is an “Off” button, a “Res” (for resume) button, and a “Set” on the switch that performs several functions.

One trick is to realize that when I (or possibly you) want to be able to reset or have a “do over”, there’s something bugging me. That bug is trying to get my attention. Right now — while I focus on the reset which is just a form of denial or trying to escape the moment — it’s only trying. It’s needling at my insides and bringing up feelings that I’m trying to avoid.

Trying to avoid feelings may be a typical response, but it’s just dumb. Paying attention to them and the stories that undergird the emotions is what works. And by “works”, I mean takes me to where my focus should really be.

On the particular day in question, I was feeling anger. This particular emotion was free-floating. (It rose in my body and then disappeared again without an obvious trigger.) But it would escalate whenever anything was in my way. For example, if a car was slowing me down or pulling in front of me, the anger would rise in me.

Once the cruise control incident got my attention, I knew that I needed to hold the feeling and the story around it more consciously and more lightly. I dropped down into my that story by closing my eyes, letting the anger rise up, but this time without letting it control my response. By seeing the feeling and the story around it with my more practiced inner witness, I was able to detect at least part of what was playing out.

There had been a number of recent changes at work that had become a bit of a runaway train. I noticed the ways that I had allowed this to stretch me beyond my own boundaries and values. Using this information, I was able to make a list of concerns to take to my boss. Even though it brought up fear, I knew I had to speak with him the next day.

To my surprise, he had already been aware of nearly all the concerns. He already had a plan to address them. We tweaked it a bit at my request and then implemented it.

Life doesn’t need a reset so much as a set. When I settle into my feelings and the stories that hover around them, I am able to shift in ways that are often more wonderful than I could have imagined. How do you respond when life is bugging you? What’s your approach when you wish life had a reset switch?