Some time ago, I wrote a post about “translating fear into creative energy“. It probably would have been more precise to call it “translating fear energy into creativity”. In that post, I said that — for me — feelings are energy in motion (“e-motion”). This energy can then be used/ translated/ transformed into either positive or negative output (behavior). The point of this is not to say that feelings should be ignored or denied. On the contrary, it’s very important to own our emotions in a way that empowers us to be our best selves.

Choose where the energy of your feelings goes.

For me, transforming emotional energy is a way of being attentive to my feelings. In the past, my knee-jerk reactions so often turned emotions into bad behavior. So, I proposed a way to help produce a positive output instead. I’ve had some success with this method and that’s why I wanted to share it. I also prefer creative over destructive outcomes, so I shared it for that reason as well. Part of the backdrop of my post is that I have a judgement that I (like many creative people) can become stuck in fear — or other emotions, like shame — and that this stuckness is not the optimal place for creativity. Creative work requires movement. 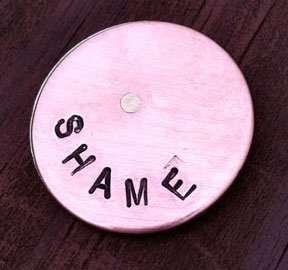 Besides fear, for me the most immobilizing feeling is shame. At least it feels that way. When I feel shame, my most common expression of it is to hang my head and do nothing. Well, “doing nothing” is relative. What I do is judge myself or distract myself internally — usually with numbness. I’m sure that shame could have kept me from embarrassment or worse when I was younger. Suffice it to say that as an adult, shame does me no good. 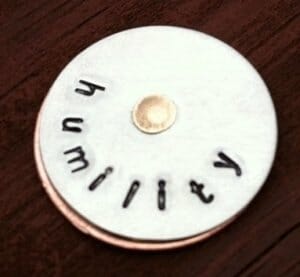 A while back I re-discovered humility in spiritual readings. This led to me realizing that being humble looks similar to shame in some ways — at least on the surface. Both are about realizing that I’m not as great as I might have made myself out to be. The major difference is that shame and blame are so often tied together. If I think I’m being blamed (or judged, questioned, etc.), I may respond by feeling shame. This means that there is an external connection that I’m making to the catalyst for the shame. Ironically, while thinking that I’m being blamed, I then blame that same source for shaming me. This is how shame can other-directed even though it’s primarily a self-directed feeling.

Humility, on the other hand, has more internal sources. I determine that I do not have to puff myself up in a situation or I am inspired (i.e., spirit has a hand in it) to address a situation with whatever I can bring to it, but without assuming that I am what the situation needs. Said another way, when I come with attentive patience, I am humble.

May your shame be engulfed in humility…

This realization allowed me to see shame and humility as opposite sides of the coin. When shame threatens to numb me out, I can invite humility as a spiritual practice to keep the questions internal, remove blame, and accept responsibility.

May your shame be engulfed in humility in a way that comforts your inner child and welcomes the fullness of your adult to engage in the world.