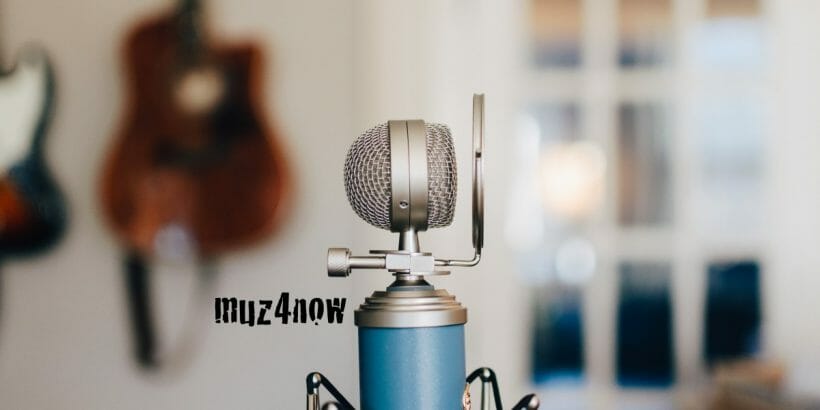 There's always another opportunity on the horizon. Some come through less obvious avenues than others. How about an open mic?

We had some out-of-town family visiting and they found a new restaurant they wanted to try in one of their travel apps. So, we all loaded up in a car. When we arrived, I realized that I needed to wash my hands. As I found my way to the washroom, I noticed a sign announcing live music. Of course, that piqued my interest.

Meanwhile, our waiter had arrived at the table. We ordered and then enjoyed some good “Brews and Brats“.

I was thinking of an open mic

I asked a staff-member who I should talk with about bringing my music to their venue. She told me who to check with and pointed him out.

I walked into the bar and checked out the setup. The stage was a wooden platform with a stool, two wooden barrels, and a sound system on it. The entertainment director (who turned out to be the owner, as well) noticed my interest and came over to chat.

“I was thinking of starting an open mic”, he said early on in our conversation. “Well, I'd like to talk with you about hosting that.” The words were out of my mouth before I even thought about it.

What's in a mic that's open?

There had been many times that I'd daydreamed about what it would be like to host an open mic. I was always analyzing the ones I had attended: why was this one so inviting and I never wanted to go back to that other one? Each one has its own character, regulars, and sound system (boy, do those vary!).

The one common thread are the opportunities for networking. Obviously, there are other musicians at any open mic. It's also a great place to interact with fans and potential fans. Two of my superfans are people I met at open mics, for example.

Cut to the chase

Now, back to my story. That's all it took. Suddenly, I was researching and brainstorming about being an open mic host. It's been great to talk with the other hosts and check out their open mics with this new perspective.

If you're in or near Trumansburg, New York, stop by on a Thursday. Sign-ups start at 6:00pm and the music begins promptly at 6:30. Check the poster for more details.