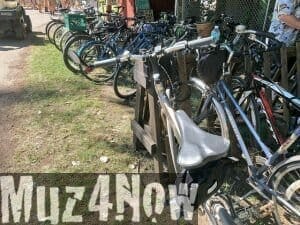 For the first time in a few years, I attended an entire music festival. Grassroots takes place just down the road from our farmhouse, so it’s an easy choice of events. I can ride my bicycle there.

Plus, there was a lineup that included a great mix of acts: some I’d never heard or seen live and others that were familiar, local bands. The known bands and soloists included favorites like Driftwood, Samite, The Blind Spots, and the ever-inimitable Hank Roberts.

A word to the wise 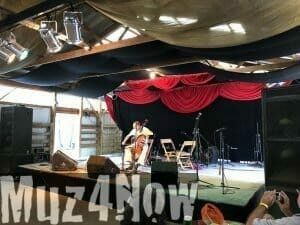 I was struck by the variability in the sound of the various acts. It was definitely not the venues, because the same stage would sound stellar (wide frequency range, nice instrument/voice separation, etc.) for one show and dreadful (squashed and mid-rangy, muddled instruments/voices, etc.) for another. Even some of the headliners had poor reproduction through the sound system.

I suspect that some of the sound technicians were working directly with the artists and others were supplied by the festival. If you have someone who runs your sound regularly, bring them to your festival performances. 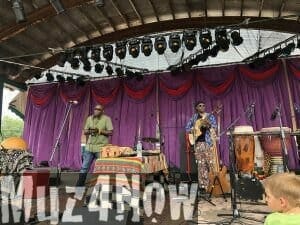 It was such a blast to be at Grassroots. There were many local folk and so many people from out-of-town. Even with this mix, nearly everyone was polite and kind even when circumstances were not ideal: a long line at the porta-potties or rain sprinkles forcing us all under the few roofed venues.

Naturally, the music is part of the fun. There are also many other activities ranging from the long lines of food trucks to yoga classes — all wonderful!

Go to a festival for inspiration and music discovery

Hearing so much great music is a huge inspiration. If you’re an avid listener, you can enjoy being inspired by all of the wonderful, live concerts.

And if you’re a composer, songwriter, and/or musician, hearing all this live performance is massively inspiring. Everything from styles of performing (quirky, strutting, dancing, or straight were all represented) to learning about new music become a muse. 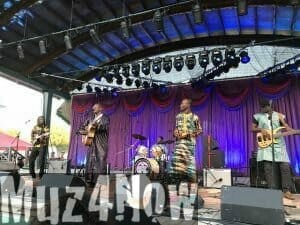 I was particularly excited about discovering new music at the Grassroots Festival this year. For example, I had not heard of Sidi Toure or Flying Clouds of South Carolina. Both were fantastic at involving the crowd and getting us all dancing. Of course, it was also a huge pleasure to hear their music.

Though I had heard of The Wood Brothers, I was not familiar with their songs. Not only were they engaging in their concert, but their virtuosity was excellent. These three musicians made more varied and layered sounds than I could imagine. I was particularly impressed by Jano Rix when he played keyboard (I’m pretty sure it was a Wurlitzer electric piano) and drum kit at the same time! 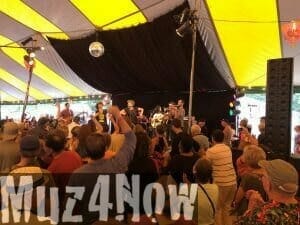 Several years ago, I met Taina Asili at a conference. I knew immediately that she was a force to be reckoned with. But her performance with La Banda Rebelde at Grassroots this year proved it more than ever.

Hear the dynamic music and message of @tainaasili

Everything was in place: the band was tight, the songs were compelling, and the arrangements were powerful. Taina topped it off by clear calls to action, asking the audience to join in many ways with the music during the concert and helping to make the world a better place once we walk away from the festival.

There’s no doubt that I’ll be watching for more opportunities to hear The Wood Brothers and Taina Asili. One way I’m doing that is by downloading one or more of their albums. 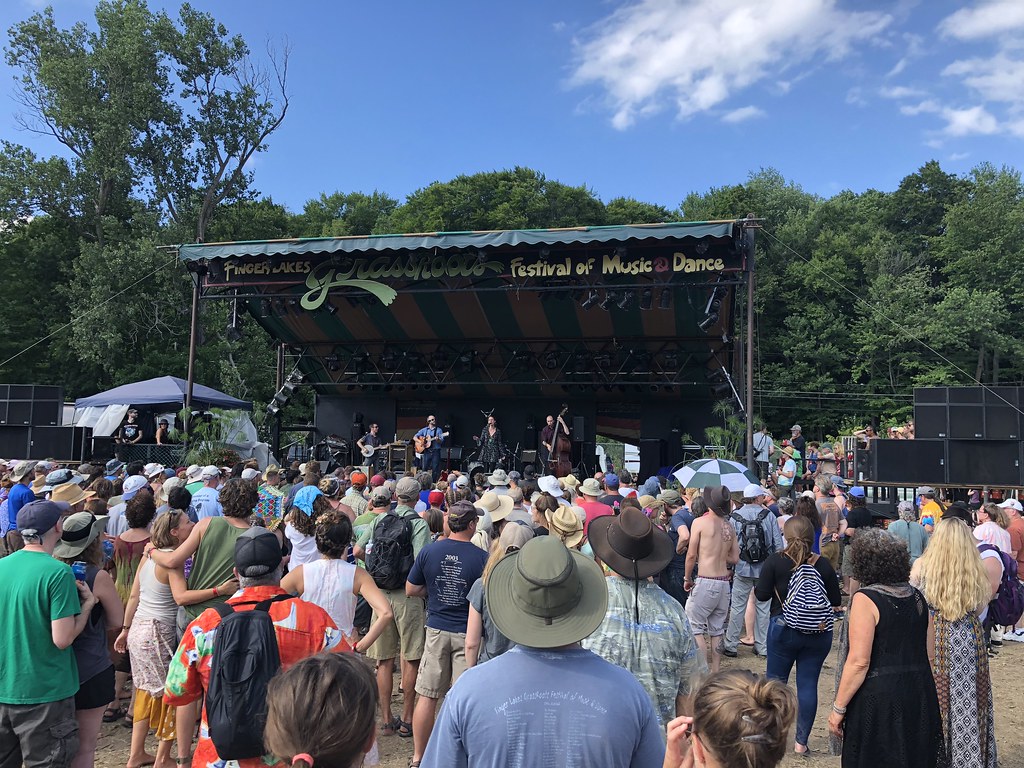