One of best Christmas gifts I received last year was a Summer music festival pass to the Finger Lakes Grassroots Festival of Music and Dance. And now, that gift continues to give even after the festival is over and even the last ice chest left behind has been removed from the grounds. It was a great festival that has kept me thinking about the whole music festival scene ever since.

As a member of the audience, the festival scene is a grand and fun one. I don’t know the final count, but this particular festival had over 10,000 attendees. (As you know, there are 100’s of music festivals that are much larger.) There was no end of activities. Though there were four main music stages, there were many activities that had nothing to do with listening to music.

And then, there’s the music!

One of the things I kept thinking about at this particular festival is what a great venue these can be for independent bands and solo musicians. I have no idea how many music festivals this applies to, but Grassroots was definitely indie-friendly. Besides more than a dozen local, indie bands, there were acts like Lake Street Dive and Driftwood that provided excellent performances and captured the hearts of the crowd! It seems like the fan base for both of these bands has definitely increased in the Finger Lakes region since they performed at this local music festival.

A chance for more avant-garde acts

If you count your band or solo act as something that’s difficult to book, festivals may even hold a place for you. I got to see and hear some very interesting, but slightly off-the-wall performances. While I enjoyed them, the fervent yet small crowds for these time slots showed that they  are probably in the same camp. They obviously had a fan base. And I suspect you’ll need one, too, if you want to get the booking and feel good about the gig. 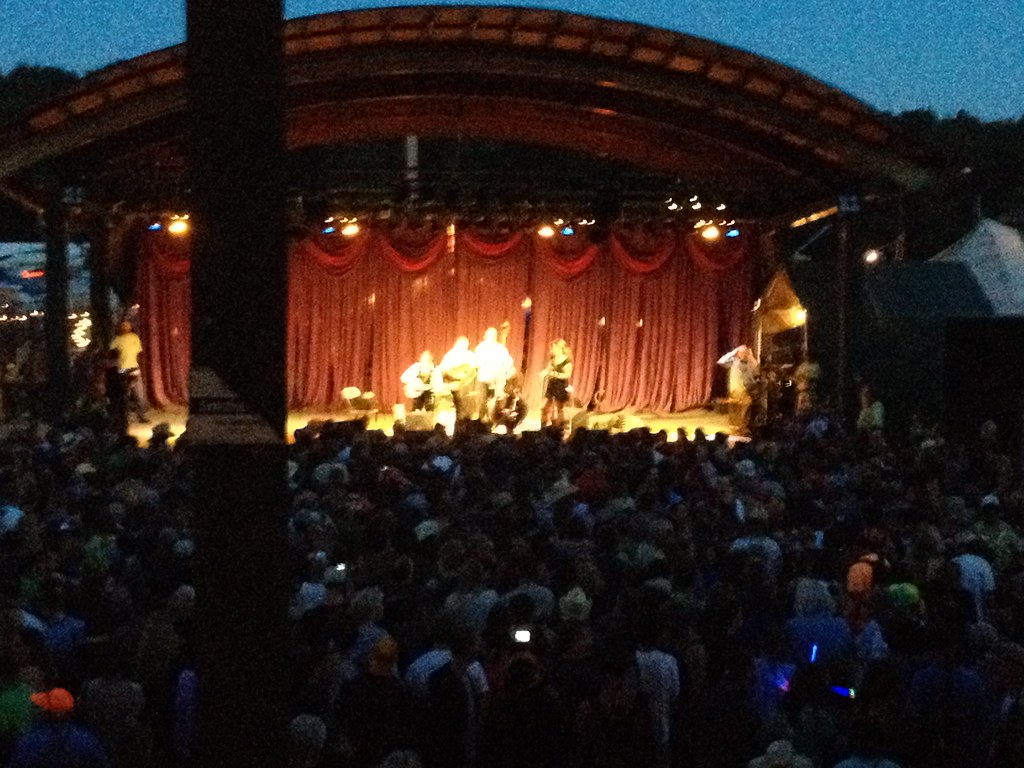 Finally, a word about sound

If you’re a rock, pop, Cajun, swing, even Americana, and you already have a tight and accomplished performance, you’re in good shape. House sound can probably give you a great auditory representation. But if you’re improv, need any special aux channels (an Echoplex for your reggae act, for example), or have more complex mic needs (even some hand drum set ups), you will need your own sound person or a very long conversation with house sound. All the standard ensembles were provided decent to excellent house sound. A few bands obviously had their own sound person and for good reason. But there were several acts that had incredibly lackluster audio reproduction. All of these were among those more avant garde performances. While their concerts were often technically beautiful, the audience experience suffered from the lack of top-notch sound. In one case, the crowd was shouting to the sound guy to turn on mics that were clearly off for a lead vocalist in an improvisation ensemble.

Music Festivals: Does your band require something slightly different with the sound system?

Overall, I have only kudos for the music festival world. I think it offers some wonderful opportunities for both musicians and listeners. I hope you get to attend one soon!