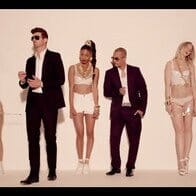 You’ve probably read or heard about the Marvin Gaye estate winning in the “Blurred Lines” trial. Robin Thicke and Pharrell Williams owe them over $7,000,000. Given sales of the song, they may be able to afford it.

Does the BLURRED LINES verdict set a #copyright precedent?

A California federal jury of five women and three men today (March 10) ruled that 2013 megahit Blurred Lines had infringed on Marvin Gaye’s 1977 track Got To Give It Up.

It was revealed during legal proceedings that Blurred Lines had generated $16.5m in sales, but cost Universal #music Group an estimated $6.9m in overhead.

The last high profile trial to go the way of the plaintiffs for a similar sum was in another California courtroom, 24 years ago: in 1991, the Isley Brothers were granted a $5.4m payout after a jury found Michael Bolton’s Love Is A Wonderful Thing lifted from their song of the same name. 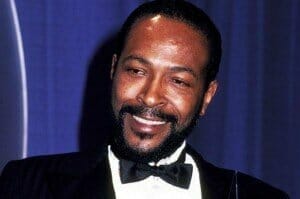 Well, the uproar in musical and social media circles has been significant. And rightly so. The potential negative precedent (regarding litigation since this is not part of “case law”) could be immense. Marvin Gaye copyrighted “Got to Give it Up” using a written lead-sheet or score. Copyright for sound recordings came later.

Plenty of people see this as karma for Robin Thicke. Some have wondered how he got songwriting credit. In the trial, he admitted that he barely had any hand in the writing of the song.

But the issue for musicians and other artists is that, at least on the surface, the decision is founded on stylistic similarities or the same musical “feel”. If popular music for the last five decades is judged solely on style and feel, the courts will be packed with litigation. More importantly, musicians like Scott Colesby who thrive on a particular style, giving credit to and harkening back to their influences could suffer.

…musicians who thrive on a particular style…could suffer… 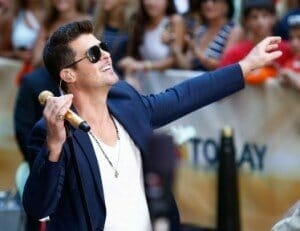 Which is why we all need to hope and pray that some other direction will be taken in the courts. Or more to the point: litigious people, groups, estates, music industry types, and so on. Here is some commentary from others who have gone down this path. Please add your comments, too!

Since the news broke, there has been a flurry of commentary about what the verdict means for copyright law, particularly whether the jury’s decision will lead to an uptick in lawsuits around songs that are similar in “feel” to an existing #composition …

The fact that this case even went to trial is fairly remarkable. Many, if not most, infringement cases are settled out of court. In fact, the goal of a plaintiff might not be to go to trial, but rather receive a co-writing credit for future royalties, a cash settlement or even an injunction preventing the reproduction, distribution or sale of the work…

But let’s not mince words: The lawsuit being litigated against Thicke, producer-songwriter Williams, rapper T.I. and their song is about cash, not artistic theft. If it hadn’t hit big on the charts, no lawsuit.

Gaye was a visionary voice of a generation who suffered a violent death far before his time at the hands of his own father. Thicke is a perpetually smirking Ken doll whom we probably would’ve never heard of had his father not been the dad on Growing Pains. Thicke clearly won the familial lottery.

Do not be fooled. This isn’t about Gaye, Thicke or Pharrell. Yesterday’s outrageous, indefensible verdict is an assault upon the livelihoods of all creative people, everywhere. It sets an absurd new precedent that could effectively render the time-honoured artistic techniques of pastiche and homage illegal. It is madness.

14 thoughts on “The Blurred Lines Of Copyright”