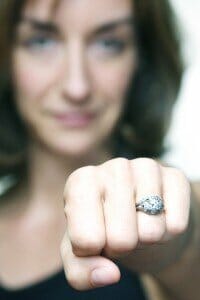 Common rhetoric about how to succeed on social media/networking includes something about “engagement”. As an example, I had a recent chat with John Lusher on Twitter about an article that included a headline and statements about engaging in order to increase your Twitter connections. Here’s the chat (Click on the time/date in John’s tweet to see the entire thread):

@muz4now Look forward to hearing them!

In my heart, I believe that being real with social media friends is the way to go. And I won’t stop doing just that. But my day job requires me to provide data for whatever I say. Well, here’s the data.

Is engagement REALLY backed by data as the best approach?

I run multiple Twitter ID’s for myself and my clients. I decided to create a completely non-engaged Twitter account as an experiment. It has interacted with other accounts and added “engaged” commentary to shares only a handful of times in three years. But here’s how this account has grown in followers over the past two years.

That’s right: this account currently is approaching 78,000 followers on Twitter. And this is how it’s “influence” has grown during that same period.

Is this a good reason not to be real and interact with your connections on social networks? No. If you go to my main/real account, you’ll see that I engage frequently. But the idea that social networking connections are about engagement does not hold up under the evidence that I can find. There are plenty of celebrities and politicians who have purchased followers. They have a high follower count to show for it. And lots of “unengaged” accounts have plenty of followers, too.

Be friendly and real because it’s the right thing to do.

But that is not a reason to stop engaging. Even if the common insight is not backed by lots of data, it’s right. Being friendly and real with the people you connect with is simply the right thing to do. So do it.

6 thoughts on ““Engagement”: Be Friendly Because It’s The Right Thing To Do”