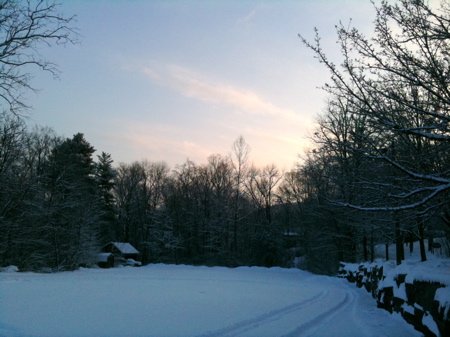 Can the serene and impassioned combine?

Sometimes creativity presses two unlikely bedfellows together. For example, would you expect to find serenity and passionate fire together? That’s essentially what happened in this video. Painting partner in art, Tracee Vetting Wolf, offered me two different videos for musical accompaniment. The first one was a beautiful painting next to the word Serenity. I cannot claim to know where this video came from and what inspired it. I only know that like other examples of Vetting Wolf’s moving imagery, it drew me in and formed a story of flow and resonance. The second one was half of her response to a #quest2015 prompt by Todd Kashdan. As I understand it, this was representative the “fire side” part of Tracee in contrast to the “dark side” mentioned in the prompt itself.

In a flourish of artistic license, I combined them together with a musical piece that I had composed the same morning — almost from a dream state — and found that it interwove beautifully with the moving images.

How do you think they work together? What’s your take on combining the serene with the impassioned? Let us know in the comments here or on the video channel.