I’m unbelievably happy to have a guest post from one of my favorite blog writers: Kevin Jacoby. For more about KJ, read and click the links in his bio block at the end of this post.

Picture yourself on a stage. The sun sets behind the hills as the sodium lights prepare to chase away the darkness. Ten thousand sets of eyes are pointed your way, looking for nothing short of an unforgettable experience. And there you are, at the door of the airplane, ready to jump out with only the idea of a parachute and the notion that you can spontaneously compose one on your way down. And if you do it right, you will not only have floated serenely back to earth, you will have soared through the heavens in a rhapsody of barrel rolls and loop de loops. 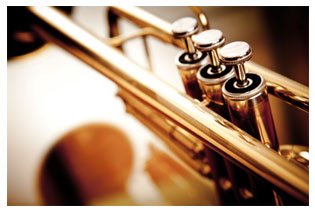 I’ll never forget my first jazz festival. So many people, such wide open spaces. And they had all come to see me do something I had never done before – because that’s what improv is. My head hurt, my stomach churned, my palms were sweaty and my fingers were cold. Until I walked out on that stage.

We pay to see people improvise because the art of pulling a rabbit out of a hat without a safety net (if I can mix metaphors) is a fascinating spectacle. I never got to see Miles or Coltrane do it in person. But having been on both sides of the stage, I can just imagine why people would come from continents away just to catch a glimpse of the masters.

Pick up a random book on improvisation and I’ll bet the author talks about things like key centers, guide tones, substitute harmony and all the other technical components vital to navigating the murky waters of this undiscovered country. But what they don’t tell you is that the war is won or lost in your head, not your hands. Improvisation is about courage; it’s about the art of losing yourself in the moment – no matter who’s watching – and reaching that place where the conscious mind lets go, leaving the unconscious to write a symphony in the vacuum.

Yes, you must understand the intricacies of Western harmony. And yes, you must have spent countless hours trying to figure out how Bill Evans made something so damn hard sound so damn easy. But all the books, classes, practice and preparation in the world mean nothing unless you’re prepared to walk out there and take a chance, come what may.

Is there a way to practice that? Yup, but you’re not going to like it. If I had a nickel for every time I got on a stage and made a fool of myself, my net worth would be higher than the GDP of Bolivia. I have failed spectacularly. In front of rooms that were full and rooms that were empty, I stood up, made mistakes and learned invaluable lessons.

And, should you be willing to take a chance – to wildly leap into the abyss and get drunk on the adrenaline and uncertainty – you might find there between the dimensions, the same passion and joy that gave rise to some of the greatest music of our time.

KJ is a bass player, electronica artist, writer, and dilettante; co-founder of Sessionville; and way too fond of sushi and Doritos®. You can follow KJ on Twitter: @TheRoyalKJ.

6 thoughts on “The Art of Improv, Part 1: Courage”