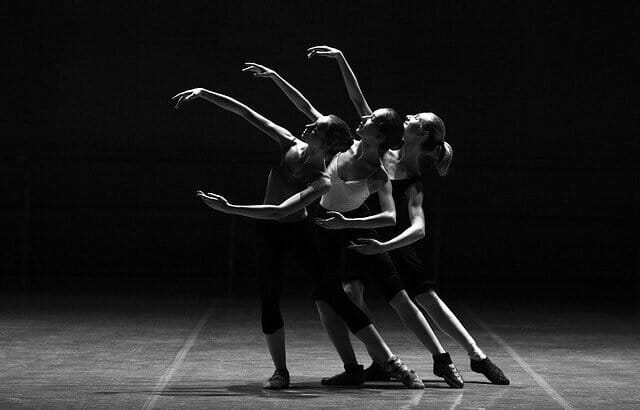 Dance is one of the most expressive ways to make others understand the emotions being enacted. The various styles of dance forms around the world, encompass not only diversity but also bind us together with the ultimate story being conveyed.

There are a multitude of dance forms around the world, with each culture influencing the styles to create their own versions which are then spread throughout other regions. Many regional dance forms have been incorporated into mainstream ones which result in newer variations cropping up as each day passes by. Here is a list of vibrant dance forms, compiled to encourage you to try out something new.

Salsa is easily one of the sexiest dance forms out there. Having originated in Cuba, this dance form has now gained its prominence throughout the world, with special emphasis in Latin America, Australia and Europe. Usually performed with a partner, this dance has got beautifully choreographed moves which require every part of the body to be in perfect coordination.

Salsa can also be performed singly, or may even be modified to be a form of line dance. Usually danced to salsa music, nowadays the moves are being used to portray and dance through various eccentric tastes of music.

A dance form which has been highly popularized by the movie industry, break dance has got its origin in the streets. This form has a lot of gymnastics involved in it and is an acrobatically intensive form of dance.

With the basic elements of break dance being categorized into toprock, power moves, downrock and freezes, this requires a certain level of balance and ability to be patient for every step of coordination that is required.

Ballet is a form of dance which epitomizes the meaning of gracefulness. The final perfection which is seen on the stage can only be achieved after years of grueling practice and fierce determination. Having originated in Italy during the Renaissance, it later spread through and became popular in France and Germany.

Like any other dance form, it has also got slight variations throughout different regions. It consists of romantic ballet, expressionist ballet and the neoclassical form in addition to other variations. It is usually danced to instrumental and orchestral music, which allow us to intake the dazzling nature of this pure beauty. Strings are commonly used to compose ballet music.

Seems new? Maybe you are more familiar with its other name which is the belly dance. This dance form saw its origin in the Egyptian region, early from the days of the kings. Back then, this dance form was performed by everyone including males and children. The dancers, known as Ghawazi, are required to move every single part of their body, with more emphasis on the hips.

In recent times, this dance was given its rightful credit because of its usage by Shakira. Such positive influences have led to people overcoming the prejudice with which it was looked down during the middle ages, as it is certainly its own master indeed.

Step dance is the dancing form used to describe varieties which focus on footwork. The main form was developed in Ireland, with the Irish step dance being quite prevalent everywhere. Its most modern form is the tap dance which produces the beautiful clicking of the heels as the steps are synchronized to perfection by the metal plates fixed to the ball and heel.

Another variation is the stepping, which has got its origin in Africa. With so many different styles to try out, step dance is a really attractive dance form which just focuses mostly on the lower part of the body.

Originating from the country of Spain, Fandango is a vibrant and colorful dance form in which a lot of clapping and triple meters are used. It then spread to Portugal where it eventually became one of its primary folk dances.

In the main form which is the big fandango, many couples dance to a tempo which starts out slowly after which it is increased at a continuous pace. The various forms of Fandango are the Malaga and the Huelva, in which the dancing along with its costumes makes it quite an attractive affair.

Being one of the most romantic dance forms of all, waltz has got its own intimacy to it. After initially originating in Germany, it later became the most common ballroom dance of regions like the US and Europe.

The ease and gracefulness with which the partners swing themselves around the floor and also around each other, make it a delight to be both watched and danced. Basically, consisting of steps to be moved around in, this is a dance form which can be easily learnt and beautifully executed with ease.

These are just some of the innumerable number of dance styles out there, which are waiting to be learnt and practiced. Taking up any one of them and trying it out will definitely open up a new dimension of life that would result in a new vigor in the life of a person.

Ronald Ross is an outgoing person with interests ranging from music to travelling. Along with writing for LoudBeats.org, he focuses on anything which can result in new experiences.