The sound of the acoustic piano is so evocative. It is a percussion instrument, so perhaps it harkens us back to the hand-drumming that pounded deep in our bodies from ancient times. Or perhaps the brilliant harmonics engage with a soulful part of ourselves beyond our understanding. Or maybe we heard that lovely sound and connected it with a story from our childhood that continues to ring true throughout our lives.

The publicity team for Paolo Cognetti approached me regarding his first solo album. Because I appreciate Cognetti’s compositions and piano technique, I accepted an advanced copy of the album for this review. You can listen and download from “all digital stores” beginning 2nd June, 2017.

I wrote my review prior to reading Cognetti’s own notes on each piece. My intention was to respond solely to the music. You will certainly benefit from reading these notes once the label makes them public. I’ve read them now and they certainly changed my sense of several of the pieces.

Some will say: “I thought you only reviewed independent artists?” It’s true. Cognetti is signed with a label. I’m making this first step because I am fond of Cognetti’s style and as a way to broaden my connections with musicians and fans around the world. 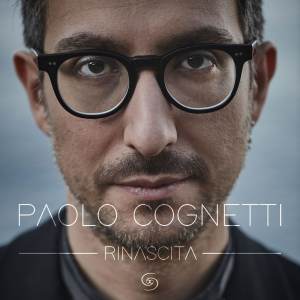 Paolo Cognetti starts with the sound of the piano. Every piece of music on his album, “Rinascita“, is a composition on this instrument. So, from the first notes, this is an evocative collection of sounds and stories delivered in musical form.

Some overall review notes: Form in music is a sign of craft. Cognetti has a carefully constructed form he often uses in these compositions. I could call it theme and variation with bridge and theme repetition, but even that would be over-simplified. Still, I think you’ll hear what I mean as you listen to this album.

Just as importantly, as a performer, he has a carefully practiced piano technique. Perhaps most impressively, Cognetti creates musical poems that evoke feelings and internal stories in me as I listen. I wonder if they will call up something similar in you when you listen.