This is the first in a series of posts: “Do this, not that” (#DTNT) for musicians (at least) on social media (#SM) or social networking. 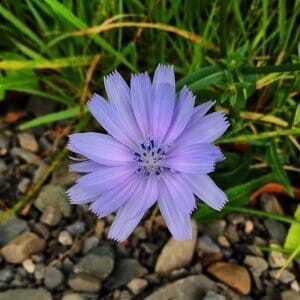 To my disappointment, I’ve found that too many musicians don’t use what I thought was common sense and common decency. But even if you’re doing well on social networking and whether you’re mean or nice when you’re there, I think I have some recommendations that you may find helpful. Frankly, this is for everyone. I just happen to be a musician and so I especially want musicians to try a few of these.

I reached out to my friends on social networks and they definitely had something to say! I’ll be using examples from their responses in my blogs on this subject.

@muz4now Most posts by people are okay. It’s up to the people to report and flag anything bad and have the proper authorities deal with it.

@muz4now In general, I have seen some pretty disturbing comments and or posts on social media. They must be properly dealt with. — Dwayne Wladyka (@myrnam71) August 20, 2014

Think of social networking like being at a party you just crashed. You’re nice to everyone.

I think that what Dwayne is referring to are the people on social media who don’t follow the rules (yes, each social media platform has rules you’re supposed to follow: “terms of use/service” for Facebook, Twitter, Pinterest, and Instagram as examples) and behave in a acceptable way for a “social” medium. Enough with the big words. Here’s what I mean:

Imagine that you’ve heard from friends about a big party that anyone can attend. You decide to go. You show up with a bunch of your CD’s, digital download cards, and even a few of your band’s T-shirts in your ride. When you get to the party, you hang out, you mingle, you chat, and in the natural flow of the conversation, you occasionally bring up your music and upcoming gigs. You chat for longer with people who seem more interested. Folks who turn away immediately when you mention your band, you are quick to change the subject.

Right? But here’s the party approach used by too many musicians on social networking:

Imagine that you’ve heard from friends about a big party … As soon as you see someone at the party, you jab a CD into her face or a T-shirt right up to the next guy’s chest. You say things like “You know you want this!” and “Please LIKE my FaceBook page right away” to every single person you meet at the party. And you don’t allow anyone you run into while you’re there to walk away without acknowledging whatever you jammed into their face.

Mean or nice? Social. Got it? I know you get it if you’ve read this far. And if you agree or disagree, I hope you’ll say why in the comments. Have a “nice” week. Future posts will get more specific about “Do this, not that.” Get ready.