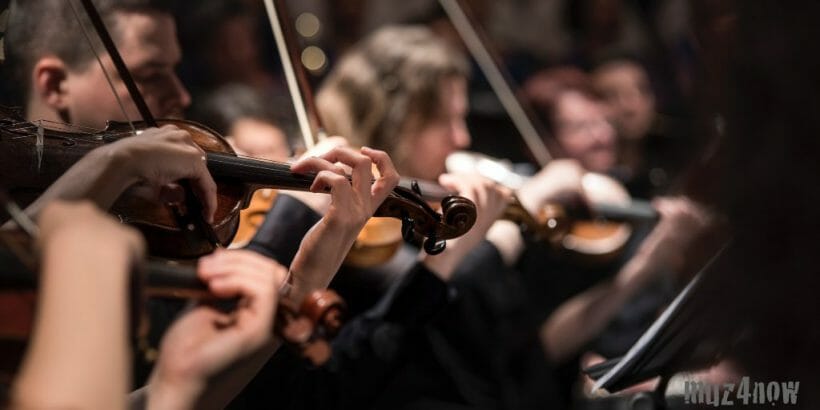 Bonus: I decided to compare the various orchestral string libraries in my collection and figured I might as well let you hear some of the initial results. I made this very quick version of the comparisons as I started this process. The conclusions may be close to what you would choose if you had a more detailed comparison. Here’s the first of two quick comparison videos. For those of you who don’t make music, this may still be interesting since it gives more insight into what happens behind the scenes of recording music.

The first test I did was with a “full ensemble” patch from each of the libraries. This turns out to be a less than ideal test since each of these patches varies so widely: the number of players in the sample and the way that the sounds are “tuned” (EQ, the method by which they were recorded, etc.) to name just two such variables.

I created a MIDI track (the “notes” played each of the different libraries). Then, I matched this identical track with each of the different sound makers. As you’ll see, there are striking differences in what you’ll hear even though they playing the same thing. Obviously, if I was working with the track for a recording, I’d tweak the sound until it came across more convincingly. But that’s not the point of this exercise. This is only about hearing what each library does with the same raw MIDI material.

First up is the SoniVox Orchestral Companion Strings. Though the patches and performance features are fairly basic, the general sound can be made to sound convincing enough in a mix. Plus, it’s a very affordable library. The short set of phrases only takes about 45 seconds to play. So at approximately 00:46, you’ll hear Adagietto from 8dio. This is a mid-range Kontakt library in terms of 8dio’s pricing, but it sounds okay. There are a couple of hiccups in the sound that can probably be overcome by some careful editing of the MIDI data. The slow attack in this sound defines the texture of this patch and there are only a few ways you can tweak it. In other words, this library only works for certain styles of music and arranging.

Next (at about 01:32) is Spitfire Audio’s Epic Strings in their “Originals” series. This patch would require some obvious adjustments (e.g., a longer release time or modification of the MIDI track would be required to make it convincing enough). Well, what do you expect for $29? At about 02:16, you hear Miroslav Philharmonik

patch that’s actually from version one of IK Multimedia‘s still popular orchestral library. Compared with the previous examples, this one has a muffled tone. It might be useful if you want to keep the string sound in the background.

Beginning at about 03:30, you hear the same MIDI content played by Spitfire Audio’s Albion One “Strings” patch. This Kontakt library — which contains much more than orchestral strings and — is almost twice the cost of anything we’ve heard up to this point. It does sound quite convincing without much tweaking. You just need to decide if you need all the extra content of this library and have enough money to pay for it.

If you skip ahead to 05:23, you’ll hear EastWest/Quantum Leap Symphonic Orchestra. This is a huge sample library in it’s “Platinum Plus” package. That’s why EastWest sends it to you on a hard disk. This is the most expensive library in this lineup. To my ears, this particular patch — 70 Piece QLegato Slow — is a bit brassy for most modern tracks. However, many of the patches in this library are very convincing and perform superbly when you need a big sound.

At 03:49 or so is the first of the Kirk Hunter Studios options: Diamond Symphony Orchestra. This Kontakt library has every orchestral section in it, but for the purpose of this comparison, I’m using the TVEC patch “a 43 strings”. Again, I’d definitely tweak this if I was going to use it in a real recording. There is some strange accenting that does not occur with any of the other patches, but it can easily be overcome with some simple editing.

Virtuoso Ensembles‘ (also by Kirk Hunter) patch “Virtuoso Strings” begins at about 04:37. This Kontakt library plays easily and well right out-of-the-box, so to speak. With just the tiniest bit of fine-tuning, this patch will sound excellent in most mixes. This library is so playable that you can use it for live performances as well.

If this quick comparison were all I had to go on, I would probably save up for the Kirk Hunter Studios Virtuoso Ensembles. Licensing this library will cost more than $200 even on sale and requires that you have Native Instruments’ Kontakt (available in Native Instruments Komplete 12 Software Suite

) installed and licensed. If you need to be more budget-minded and are willing to do some tweaking to get the sonic character you need in a good recording, I suggest that you start with Spitfire’s Epic Strings instead.

But what I really want to tell you is that you need to wait for next week when I’ll present a quick comparison of string quartets. These little “chamber ensembles” will have one instrument per voice made up of violin, viola, cello, and bass. I think you’ll have a better idea of what’s right for you after you check out that video.