Nice. You have an album release ready to be heard. Though there are a million ways to get your songs heard, only a few of them can be covered in this post. You already know about many free ways to get promo. Those include telling your friends/fans, sending an announcement to your mailing list, and sharing the new tunes on social networks. 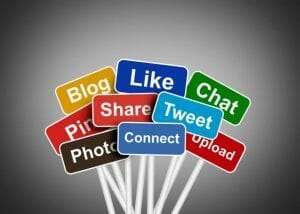 Before I list a few of the non-free and partly free ways to get your music promotion and discovery underway, let me be clear about a few things:

Select your avenues of self-promotion carefully.

One of the few promo submission services that actually worked for me was SubmitHub. Like any service, you'll still need to do some research on which channels to choose. You will need to be prepared to

Another service that I've had good luck with is Fluence. I've happily reviewed and promoted people using this network. When I connect with reviewers there, I look for people with a large, engaged network or other influence. In my pitch, I ask for both the review and the promotion. Many reviewers have very reasonable rates.

As you probably know, you will need to use a distributor to get your album placed on all the major streaming and download channels. I have been very happy with DistroKid. For an annual fee (currently less than $50), you can upload as many releases as you like. They include all the major channels (iTunes/Apple Music, Google Play, Deezer, Spotify, and Tidal), plus several of the smaller streaming services. For an additional fee, you can also include Shazam and YouTube contentID monitoring. (DistroKid actually uses Audiam for the contentID service.) Keep in mind that your song will now be affiliated with your distributor, so your own ads will be removed from your videos.

Once you've uploaded the album, I recommend that you bookmark the links on all the major services. That way, you can share it on your website, social networks, newsletters, and so on. Obviously, you'll want to encourage your fans to add your songs to their public playlists and share your songs with their friends.

Be creative with the ways you promote your brand (or band).

Just a few ideas here to get you thinking about the (mostly) free promo options:

I'd enjoy hearing your other ideas in the comments here!

There's just one more post in this series: how to protect the songs on your new album release.