In this #2FollowTuesday series, I’ve tried to bring you a variety of great folks on Twitter to follow. All-in-all, they may share some characteristics (other than that they’re all human beings), but they are also from many walks of life. This week, I’m recommending two great guys who have being Twitter DJs in common. Of course, they are much more than that — as you’ll see. 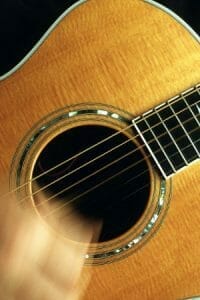 Ithaca’s Winter Village Music Festival used to be bill itself as a bluegrass festival. Though those roots are still strong, it’s now more of an eclectic music festival with some of the finest acoustic singer-songwriters and bands. They sometimes bill “unknown” acts who later become quite popular in acoustic music circles.

Besides its own concerts and festival, Winter Village enjoys sharing tweets from their friends. Many of these friends are also DJs. In addition, they tweet news about bluegrass and other acoustic music styles. Check out what this stream has to offer and follow them to keep those tunes playing.

Johnny (G) Scott™ keeps the funk jam going on Twitter. The music he shares centers around very funky, often danceable tunes that will get your feet tapping and your heart pulsing. The rest of Johnny’s tweets are filled with gratitude. He has a powerful positive intention for a better world. Please follow Johnny and let him know I sent you: he’s one of the finest DJs around.

These two DJs couldn’t be more different. And yet they both offer a positive vibe. Check them out and come back next week for two more…