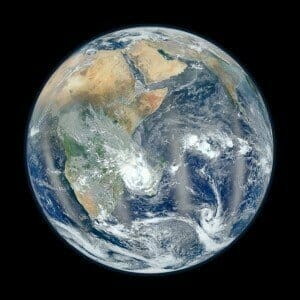 People don’t give the Johns of this world enough attention. In other words, too many people downplay them simply because of their name. We must end this trend. Now.

And seriously… I’m recommending two men for #2FollowTuesday who have influenced me in many facets of my life. Because they’ve had a positive effect on me, I think they will offer the same for you. To find out why I follow each of these men, please read on and follow them on Twitter.

In the wake of the rapist Turner court case, John Pavlovitz wrote the epistle — to the rapist’s father — that I had been longing to read. He wrote a follow-up post that was even better. Since then, I have been one of John’s biggest fans. In his tweet stream and blog posts, he invites us to practice kindness, compassion, love, open-hearted living, and honesty. It’s true that this is “stuff that needs to be said” as his blog subtitle indicates.

On Twitter, Pavlovitz intersperses good-hearted memes, calls to personal action, and uplifting quotes with his blog posts. When I read his messages, they consistently touch my heart in some way. And so, every fiber of my being says to you: please follow John Pavlovitz. Even more importantly: please read what he has to say.

John Aguiar tweets about the best ways that sales/marketing tie in to blogging/social-media. Furthermore, he practices what he preaches on his own blog. The rest of his Twitter stream ranges from inspiring quotes to retweets from his online community.

As I mentioned in volume one of this series, Aguiar is my main inspiration for recommending people to follow in these blog posts. For that and so much more, I’m continually grateful to John. Please check out his tweets and follow him on Twitter and across the interwebs.

For #2FollowTuesday I recommend 2 men named John: @johnpavlovitz and @johnaguiar

Thank you, as always, for stopping by my blog. I hope you will check out the great tweet streams of these two men named John and all the folks I’ve recommended in prior weeks.