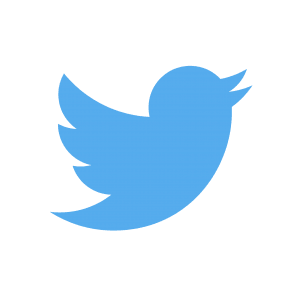 I’ve been active on Twitter since June of 2009. In the years that I’ve been there, plenty of people have come and gone. Even more interesting is to see who has stayed. Many of those tweeps have become true friends in one form or another. I’m grateful for this social network that allows me to have long-term and short-term connections that engage in conversations, reciprocate, and find common threads.

Inspired by John Paul Aguiar who frequently suggests people to follow in his blog posts, I’ve decided to offer occasional “#2FollowTuesday on Twitter” posts that highlight two people I am friends with there. Unfortunately, by mentioning only two each time, it will take a hundred years to name all the wonderful people I’ve connected with on social media.

#Follow @SpiritualNurse who I admire for her positive spirit.

One of the most vivid memories I have shortly after joining Twitter is encountering Sandy and being so impressed both with her choice of tweeted messages and that she had so many followers. (I think her follower count was over 20,000 at the time, but I don’t have 100% recall in cases like this.) It was also cool to discover that she is a “real nurse” who believes in all sorts of wonderful spiritual energy practices that can be so healing. Sandy keeps tweeting content that points to positive beauty in our world and she’s on many other social networks. Please follow her and retweet her updates.

There are a lot of people on social networks who I’ve never met face to face. Meeting people for the first time IRL (“in real life”, though social media meetings are real in their own way) is such an exhilarating experience. This was certainly true of my get together with Terri Nakamura. We met in Alki Surf Shop which her husband “Kahuna” Dave and she run in Seattle. Besides being a fun shop owner and powerful presence on Twitter (plus all the other major social networks), Terri is a sought-after graphic designer. Once you check out her tweets that cover a host of topics ranging from design and technology to art and the wonders of the world, you will definitely want to follow her. You’ll find that she enjoys chatting with people who will engage with her.

That’s it for today’s #2FollowTuesday on Twitter. I’ve learned a lot from these first two awesome people and hope you will follow @SpiritualNurse and @terrinakamura on Twitter. Be sure to say “hello”!